Although Jamie is only 15, her photography skills and being in the right place at the right time have made her famous.  Spending a week in LA snapping pictures of new teen star, Willow, is an opportunity that will keep her rubbing shoulders with other famous paparazzi.  Jamie leaves behind her family as well as her boyfriend, Nasim, and her best friend, Avy.  No one could have predicted what took place during that week!
Famous was a quick read with shallow characters and a predictable plot.  If you like movie-star hype and fame, this book's for you.

The Fault in Our Stars
by John Green
Realistic Fiction
336 p.
Rating: 5 out of 5 stars
Reviewed by Brenda Steen

His best book, yet! John Green has once again created two in-depth characters as only he can. Hazel and Augustus are mature beyond their years as they deal with what life has handed them. Both funny and tragic, you won't be able to put this book down.   Due to the mature content, I recommend it for HS students.

To prevent the discrimination they feel as "latte" colored people, three girls form a group which quickly gains support world-wide, thanks to their website.  When the school brings charges against the girls & their group, things become more serious than they had ever imagined.
This is a good idea for a book, but the pace is very slow;  I read over half of the book and was still waiting for something to happen.  Read at your own choice, not my recommendation. 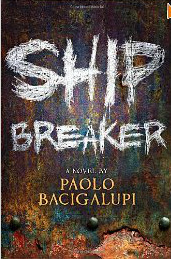 It's every person for himself on the beaches of the Gulf.  Every day Nailer crawls through the wreckage of abandoned ships, hoping to find copper wire and other metals his crew can sell for food.  With a violent drug addict for a father Nailer's plight only worsens.  Having discovered the wreckage of a new clipper ship as well as a rich girl on board, Nailer may have just found his way out of this dead-end existence.  But staying alive isn't easy in his violent world.  And why is this rich girl so important to the enemy?   The fast-paced action of good against evil and the continuously dangerous situations will appeal to all teens, especially Hunger Games fans. 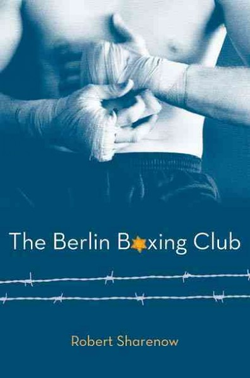 I’m not a sports fan, but this book caught my interest right from the start.  Karl is from a Jewish family, living in Berlin in the late 1930’s.  Hitler is in power & there is continued hatred for any group who is not of the master Aryan race.  While sporting bruises and missing a tooth, Karl is noticed by a family friend who offers to teach him to box as a means of self-defense.  Karl finds supportive friends at the boxing club; he is also a natural in the ring.  With his father’s Art Gallery being shut down and their family being shunned more each day, Karl finds his boxing skills may just save his family from death.

After receiving an unusual text in the middle of the night, Lillian ends up knowing more about her missing friend, Penny,  than the cops.  Lillian doesn't have to talk very hard to get her best friend, Josh, to take a road trip across the country to rescue Penny.  Lillian sees this trip as a chance to find out if she and Josh could be more than just friends, while their parents and the FBI want some answers!  This fun story has a few contrived parts, but everyone will enjoy the side trips and the "no worries" attitude of these teens while they learn about themselves and choosing a future that's right for them.